New Build with many improvements 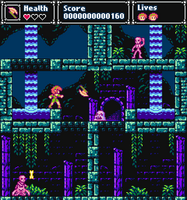 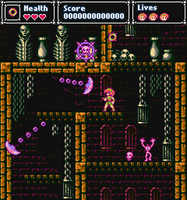 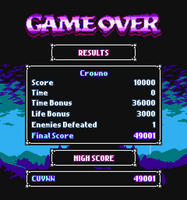 First of all, thank you very much for the overwhelming response. Every time I work on a game for a jam is a wild ride, I never know if I will be able to deliver. Turns out "Demon Burst" was a successful attempt and one that I'm very proud of. Lots of things were learned and in general I'm very satisfied with the results!

That being said, I'm bringing an updated version with some fixes and improvements done to the game, the biggest one being fixes to the score system and implementation of the online leaderboard. This is my first time doing something like this and I'm afraid the online leaderboard might crash because I'm using a free host, but if that happens it should not affect the game at least.

Anyway, here are the changes:

I've also added 64-bit OSX and Windows versions do be downloaded. Currently they have an issue where the leaderboard values are not displayed properly, but they are being submitted normally. I'm going to upload fixed versions of these builds tomorrow.

Thank you so much to everyone who have played, sent me feedback and sent me gameplay videos. I'm truly  happy that you have been enjoying my game!